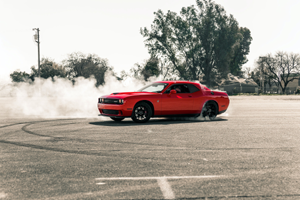 The Dodge Challenger and Charger share many features: both vehicles are sleek, flashy, and sporty from the tires up. Other similarities include their engine options, spacious interiors, and all-wheel drive and color options.

However, a few key differences separate the two popular cars in significant ways.

What Are the Differences Between the Challenger and Charger?

What, then, are the main differences between the Charger and the Challenger? Is one better than the other?

The most obvious difference between the two vehicles is their body shape.

The Charger SRT Hellcat Redeye can go from zero to 60 mph in 3.6 seconds, while the Challenger SRT Super Stock can achieve the same speed in 3.25 seconds.

Variables like road conditions, gasoline octane, cargo and passenger weight, and tires can all play a role in determining speed. Depending on the specific model, the top speeds for the Challenger range from 168 mph to 203 mph. The Charger models, by comparison, can hit top speeds of 199-203 mph.

The Challenger weighs about 3,841 lbs, while the slightly heavier Charger has a curb weight of 3,964 lbs. The Challenger is 197.9” long, and the Charger is 198.4”. So the two cars aren’t much different in length or weight, although the Charger is a bit more car overall.

Which Is Better: The Challenger or the Charger?

Much of the difference between these two muscle cars can be summed up with two words: appearance and space. The Charger offers more room and comfort, but the Challenger is a little peppier.

As a four-door Sedan, the Charger offers better value for the money. The Challenger, meanwhile, is available in a manual transmission if that’s your preference.

It all comes down to whether you want more room and a curvier-looking car with four doors or an old-school, two-door machine with a little less interior space and slightly better corner-whipping ability. The choice is yours.