What Is a Drivetrain? Everything You Need to Know 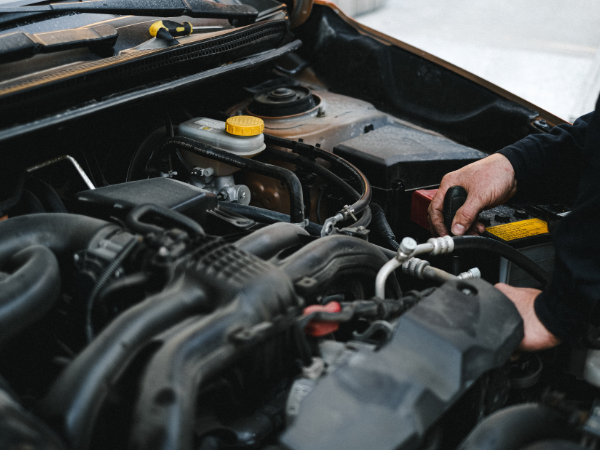 You’ve probably heard the term “drivetrain,” but just what does it mean? Let’s break it down.

In short, the drivetrain is the sum of all the parts that make a vehicle move. These parts combine to form a “train” that allows the vehicle to drive — hence, the drivetrain.

Is the Drivetrain the Same Thing as the Powertrain?

No. The powertrain also includes the engine, or the power source.

What Parts Make Up the Drivetrain?

Here are the essential components that make up a vehicle’s drivetrain:

The flywheel helps the engine run smoothly. It’s basically a giant metal disk that spins with the engine, providing the necessary inertia to keep the engine from revving too fast or shaking itself apart.

Sometimes, the flywheel will have teeth on it to drive or be driven by other parts, such as the starter motor.

The Clutch or Torque Converter

If you have a manual transmission or automated manual such as a DCT (dual-clutch transmission), there will also be a clutch that allows the transmission to couple and decouple from the engine.

The clutch is made up of two spinning plates that press together to transfer power. If you have an automatic transmission, it’s probably a torque-converter automatic. These transmissions rely on fluid to push blades on a small turbine, which then turns an output shaft.

The transmission uses a series of gears to transfer power from the engine at varying speeds. The car can shift between these gears to multiply torque for acceleration at low speeds, then shift to higher gears to go faster with fewer engine revs.

Your car may have a continuously variable transmission (CVT), which relies on spinning V-shaped plates and belts to create an infinite number of ratios for smoother acceleration and improved fuel economy.

The driveshaft emerges from the back of the transmission and connects to the differential in front-engine, rear-wheel drive, and all-wheel drive cars. It connects via universal joints (U-joints) or constant velocity joints (CV-joints).

The differential takes rotational force from the driveshaft and splits it in two to turn the wheels.

In cars where the engine is located by the drive wheels (front-wheel drive, mid- and rear-engine cars with rear-wheel drive only), this part is usually combined with the transmission to create a part called the transaxle.

Half-shafts take the power from the differential or transaxle and transfer it to the drive wheels.

It’s okay if you’re not car-savvy, as it’s never too late to learn these important terms. Even if you never have to remove a driveshaft or change out a clutch yourself, familiarizing yourself with them will give you an understanding of what it takes to keep your car running.