What Does EcoBoost Actually Mean?

While electric and hybrid vehicles continue to lead the way in environmentally-friendly vehicles, gasoline-powered cars are starting to get in on the action. Ford’s EcoBoost feature joins a small family of other “eco modes” 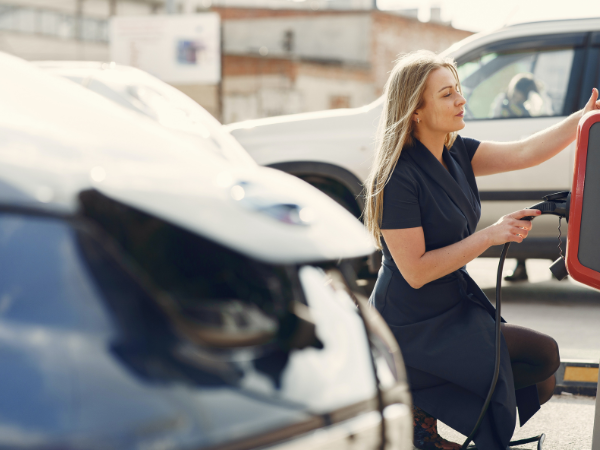 that are being developed to improve gas mileage and reduce greenhouse emissions. Here’s how EcoBoost works.

What Is Ford EcoBoost?

The name “EcoBoost” refers to an entire series of turbocharged, direct-injection internal combustion engines. Initially developed through a partnership between Ford and FEV Inc., they now come standard as options on most Ford models.

These engines replicate the power and performance of larger engines but improve their fuel efficiency by 30% and reduce greenhouse emissions by 15%. Essentially, an EcoBoost engine combines power with eco-friendly fuel efficiency, making it easy to see why Ford has made it a prominent part of their product line.

How Does EcoBoost Work?

The system relies on two components — a turbocharger and a direct-injection system.

The result is a noticeable boost to the car’s gas mileage and a reduction of its greenhouse gas emissions, all while retaining the power of a turbocharged engine.

Ford is hardly the only automobile manufacturer to implement an eco-friendly system., as many manufacturers today offer something called an “Eco Mode.” However, Eco Modes often work differently compared to Ford’s turbocharged EcoBoost.

Most Eco Modes simply reduce the engine’s output and make the gas pedal more responsive, resulting in lesser gas usage and creating fewer emissions. But the Eco Mode found in most cars often has the side effect of slower acceleration and lacks the power of the Ford engine design.

EcoBoost: What Engines Are Available?

Ford customers can choose from a surprising range of turbocharged or twin-turbocharged engines, with options including:

The end result is a selection of nine different engine configurations, all delivering superior power and performance while protecting the environment.

Is EcoBoost Worth It?

EcoBoost delivers on its promises, packing surprising amounts of power into relatively small engines, and while these engines are still relatively new, they don't require any additional maintenance compared to standard automotive engines.

If anything, the improved efficiency could even prolong the life of your vehicle, depending on your driving habits.

Eco-conscious consumers may still feel a greater pull toward a hybrid vehicle, but the EcoBoost is an affordable, great option for gaining better gas mileage without sacrificing power.

EcoBoost and the Road Ahead

As technology improves, drivers can expect to see continued innovations to make cars and trucks more efficient and environmentally sound. The EcoBoost system does just that, all without sacrificing the power and performance you’d expect from a leading automotive manufacturer.