What Is a Rotary Engine, and What Cars Have Them? 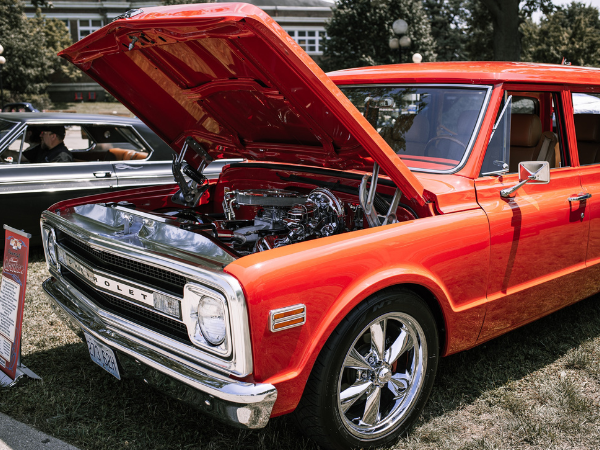 What’s under the hood of your car? The type of engine that powers your vehicle can have a considerable impact on your power, fuel economy, and emissions. Rotary engines represent a unique type of engine and offer some key differences from traditional piston engines, but what is a rotary engine? How does it work? Learn more with this helpful guide.

What Is a Rotary Engine?

A rotary engine (also called a “Wankel” engine) is a specialized type of internal combustion engine that relies on an odd number of cylinders in a radial layout. As the name suggests, the components of a rotary engine rotate.

Rotary engines were used in a variety of vehicles, though most traditional automotive engines today rely on a piston engine.

Difference Between Rotary and Piston Engines

Unlike rotary engines, piston engines rely on a series of reciprocating pistons that move up and down in their respective cylinders.

As a result, piston engines can have dozens of moving parts, meaning they are far more complex than the simple rotary system.

However, that complexity has resulted in greater fuel efficiency and power in piston engines, which largely explains how they came to be the preferred engine class.

On the one hand, rotary engines offer many unique advantages, including:

On the other hand, however, rotary engines suffer from some serious drawbacks, including:

Because of these drawbacks, most modern internal combustion engines rely on pistons rather than rotary parts.

What Cars Have Rotary Engines?

You can also find rotary engines in certain brands of motorcycles, such as the Suzuki RE5. Modern rotary engines have improved in efficiency and offer a smoother ride, and as you see, the Mazda corporation has made great strides since the 1960s.

What’s Under the Hood?

Rotary engines may lack the popularity of piston engines, but it seems that they are here to stay among car enthusiasts. Mazda drivers can significantly benefit from the smooth ride offered by their rotary engine.