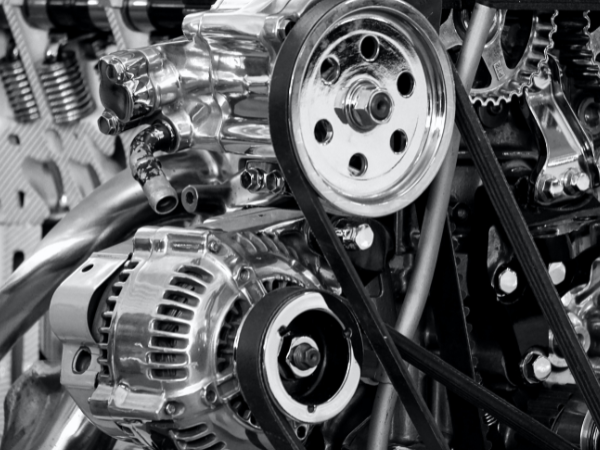 While gas engines and electric motors are what you’ll find at the drag strip, diesel vehicles towed those fast cars there. There are a  few reasons diesel engines are the torque monsters they are, but mostly it’s because diesel’s highly energy dense.

Diesel engines don’t need spark plugs to ignite the fuel. The mere act of pistons compressing diesel is enough to cause the required mini-explosions that translate into spinning tires. Both of these factors contribute to diesel getting better mileage and requiring less maintenance.

Which Diesel Engines You Want

In general, the best diesels belong to the big three (Chrysler, Ford, GM) from the 90s and early 2000s. While they may not be as efficient or clean as modern diesels, they are ludicrously reliable. The same goes for vintage Mercedes diesels and modern Audi diesels (although finding a modern Audi diesel in the US is next to impossible).

Beginning in 1988, Dodge Rams started offering the original 5.9 liter Cummins with a then-impressive 160 horsepower and whopping 400 pound-feet of torque. Considered one of the gold standards of the diesel world, modern Cummins diesels are putting out about double the power, with 310 horses and a whopping 865 pound-feet of torque!

Sure, the camshaft position sensor (CPS) would occasionally fail, the fuel filter/water separator could go bad, and the turbo up-pipes would occasionally leak, but these are relatively minor issues. By now, any 7.3 Powerstroke-powered truck has had these problems resolved.

If passenger cars are more your thing, then the W123 Mercedes diesels are up your alley. While the earlier naturally aspirated Mercedes diesels would lose a drag race to a lackadaisical bicyclist, the OM617 A turbodiesels offered respectable power to go along with the well-established durability and reliability.

Prices are going up on these cars, with exceptionally well-preserved examples selling above $20k. Still, drivers' cars are available for less than ten grand and can perform for hundreds of thousands of miles.

The Duramax LB7 hit the market in 2001 in Chevy Silverados and GMC Sierras. This engine quickly proved itself to be about as resilient as carbon fiber cockroaches while still putting out 520 pound-feet of torque.

While they didn’t have emissions controls (except for California models), this actually made them more reliable. The blocks and rotating parts are obscenely strong, and while cracked injectors were an issue when new, they’re likely long gone and replaced with better ones.

Let’s be clear. This one is NOT about reliability. No, this one is about fun. Only available in the US in the Touareg SUV, this V10 beast made 310 horsepower and 553 pound-feet of torque.

While that might not sound impressive compared to the other engines on this list, the Touareg isn’t some body-on-frame truck that requires its own zip code. No, this was a mid-size SUV capable of accelerating to 60 in just over 7 seconds, then towing a 747.

That’s not hyperbole — Top Gear did just that. It was comfortable, luxurious, and fast. It also broke. A lot. But hey, sometimes fun has a price.

Diesel’s not dead yet, thanks to our collective need to tow stuff. But which diesel engine do you want pulling your boat?