Moonroof vs. Sunroof - What's the Difference Between the Two? 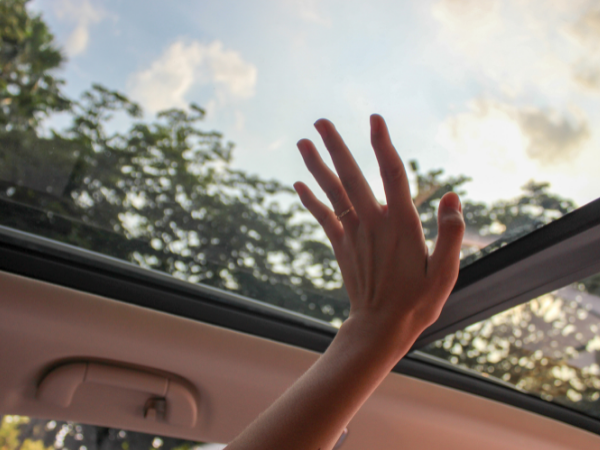 This comparison may sound like a joke waiting for a punchline, but if your car has a sunroof and your buddy’s car has a moonroof, does that mean they mostly use it at night?

Sunroof vs. Moonroof: What’s the Difference?

It turns out that a moonroof, properly defined, is a newer, higher-tech version of a sunroof. Both of them are holes in the ceiling of your vehicle, but the key difference lies in their history. It has a lot to do with the development of technology.

At one point in time, a sunroof was a panel in the roof of a car that could either be tilted for ventilation or removed altogether. The reason for it being removable was because it was, in the beginning, opaque, matching the car’s body color.

Eventually, you could get a sunroof made of safety glass, and that began changing the game. Sunroofs made of glass made car interiors really hot, so eventually, some genius came up with the idea of a sliding panel that allowed for shade inside the car.

That was a game-changer, but then another genius decided to apply the same technology that was being used for power windows to the sunroof concept, and somewhere along the way, the moonroof was invented. Now they’re made of glass, have a shade, can pop up to vent, and even slide back to reveal a naked blue sky.

What Vehicles Have Which?

As you may have guessed by now, most vehicles with a sunroof are a bit older. Almost anything with a hole in its roof these days is going to feature a piece of glass, a shade, or a slide/tilt feature.

Today’s motorist expects more. There aren’t many people looking to remove bits and pieces from their cars and stow them in the trunk just so that they can enjoy the sun a little more.

Costs of a Sunroof or Moonroof

You usually can’t single out a moonroof as a standalone option these days. Most are bundled with premium packages that cost thousands of dollars new.

But any used vehicle with a moonroof will be able to command a few hundred dollars more when it comes time to offer it up for private party sale. The price premium will vary by vehicle, market, and season.

The cons are short: you’ll have a hole in your roof, which means potential leaks. Those are rare these days, however. Pros? Hello, you can let the outside in, day or night, sun, moon, or stars. And that’s pretty awesome.

In short, a sunroof was cool in the eighties but still had to be removed from the vehicle to let the sun in. Today’s moonroof option adds power tilt, slide, and a shade, making this solution just about the only version offered anymore.