How to Check Power Steering Fluid - Step by Step Guide 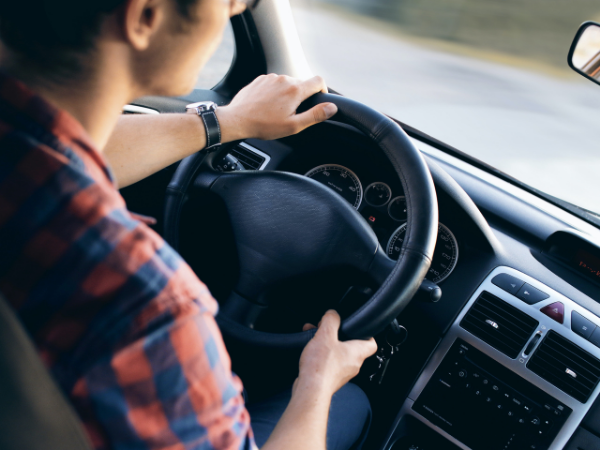 Power steering first appeared as an extra-cost option on Cadillacs in the early fifties. Today power steering is included as standard on just about everything with four wheels, as long as it's not a lawnmower.

What Is Power Steering and What Does It Do?

Power steering adds power to the driver's steering inputs. Any car with power steering is going to be noticeably easier to drive, especially at low speeds (like when you're parking), than a car without it.

Classic cars came with huge steering wheels so that the driver had more leverage for steering. Today, since all cars come standard with power steering, steering wheels are a little more reasonably sized.

That's why most new cars come with electric power steering, which involves a small electric servo motor that provides power only when it's needed, like when you're doing a three-point turn or performing some parallel parking.

How to Check the Fluid

First, pop the hood. If your car is pretty new, it's not going to have a power steering fluid reservoir, so there's nothing to check. The reservoir is usually made of translucent white plastic and likely has a little embossed steering wheel symbol on its lid, possibly painted yellow.

Most manufacturers recommend checking the power steering fluid on a warm engine, so make sure the vehicle has been driven enough to achieve operating temperature - about five minutes

Manufacturers also recommend checking the fluid level with the engine running, so be careful of reciprocating parts like the engine fan and belt(s). Then:

If your power steering fluid level is low, it will either read below the FILL mark, or the dipstick will be completely dry. In either case, add a small amount of the manufacturer's recommended fluid to the reservoir until the level is acceptable.

Conversely, if your level is too high, it will read above the NORMAL (or similar) mark. You might consider sacrificing a turkey baster or similar device to remove the excess fluid. Remember to dispose of all hazmat properly. Make sure not to get any contaminants into the fluid.

Knowing When It's Not Well

If your power steering system has issues, you'll notice that your steering feels grabby and inconsistent or that it's extremely difficult to steer the car, especially at parking lot speeds. Hydraulic systems also produce a characteristic whine that changes pitch with engine speed when the fluid is too low.

Power steering is a great invention that makes driving a lot easier. It's also easy to take it for granted, at least until it doesn't work. Hopefully, this step-by-step guide provides a little insight into how it works, maintaining it, and what to do when it's not well.