How Do Hybrid Cars Work? 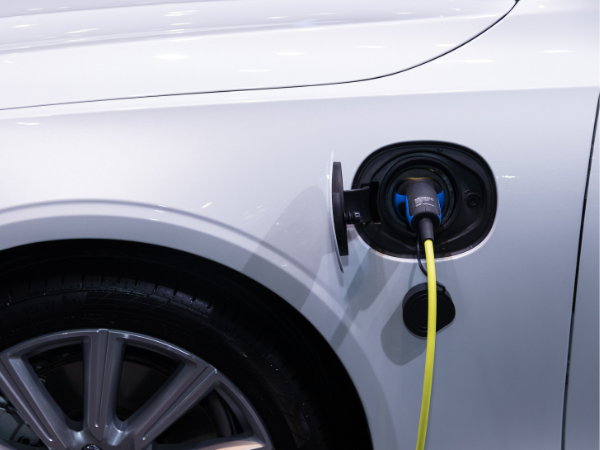 Ah, hybrids. Once considered wimpy compromise cars for people concerned about the environment and not driving pleasure, now hybrids are some of the world's most compelling hypercars.

As soon as automotive enthusiasts realized that electric motors could propel vehicles with alarming amounts of torque, hybrids were embraced. But how do they work?

At its simplest, a hybrid car is one that has a gas, diesel, or another type of internal combustion engine (ICE) paired with one or more electric motors to drive the wheels. These motors can be for the benefit of fuel economy, allowing the car to get away with a less powerful and more efficient ICE.

They may shut off the ICE at stoplights or when going downhill and may even be able to travel short distances on electric power alone. Through driving and regenerative braking, the batteries of a hybrid will recharge.

Other vehicles use electric motors to increase performance. The ICE may be powerful on its own, but supplemental electric motors can kick in under acceleration, making up for the shortcomings in the ICE's immediate torque.

Electric motors can also be a way to give a supercar all-wheel drive without having to route the ICE's power through all four wheels.

Not all hybrids work the same way. You might see vehicles advertised as "hybrids," but the technology can function drastically differently between two vehicles.

The good ol' Toyota Prius is an example of a full hybrid. You never have to charge the batteries; the car automatically charges itself as you drive. A full hybrid can run under ICE power, electric power, or both.

With plug-in hybrids, the electric motor and batteries take up a much more substantial portion of the powertrain. While the batteries will charge a little during normal driving, fully replenishing their power will require plugging the car into a charging station like an electric vehicle (EV).

These are usually regular ICE-powered vehicles that have been retrofitted to be hybrids. The ICE and electric motor(s) are always operating, and there will be a slight performance/fuel mileage boost thanks to the addition of the electric power.

Which Is Right for You?

If you don't live in a home or apartment where charging is possible, you might want to avoid a plug-in hybrid. Even though these cars don't have the same charging requirements as an EV, you want to make sure they're getting a full charge.

Mild hybrids are great for people trying to ease themselves into the hybrid lifestyle. The cost and weight associated with the added batteries and motors aren't as severe as a full hybrid, plus mild hybrids tend to be less "futuristic" and more familiar inside and out.

No matter which you choose, you will have a few pros and cons. Benefits include increased fuel economy, decreased emissions, and in many cases, enhanced power and performance.

The drawbacks are that the batteries can be expensive to replace and that they can still harm the environment when they leak or are improperly disposed of.

Of course, if you're purchasing an insane hypercar that's a hybrid, like a Ferrari SF90 Stradale, you're probably not concerned with what kind of hybrid it is. You just want to go fast.

Hybrid cars are only increasing in popularity. The variety of implementations means there's one for every type of driver.