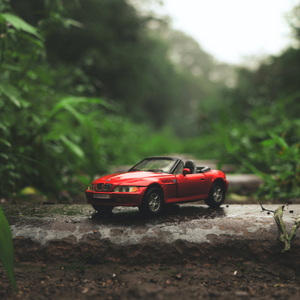 "Matchbox or Hot Wheels?" Believe it or not, this was the original "Mac or PC?" debate--only more fierce.

While Hot Wheels certainly grabbed the lion's share of pop culture references and is still beating Matchbox in sales, both properties are owned by Mattel now and occupy different niches.

But what about collectible Matchbox cars? Whether vintage or modern, there are some seriously valuable Matchbox models you can buy if you have deep pockets.

What Makes Them Valuable?

As with most anything collectible, some essential factors determine value:

That last one is the most nebulous, because one generation’s nostalgic collectibles are the next generation's "meh, never heard of it." Matchbox probably won't suffer from that problem anytime soon, thanks to Mattel keeping the brand alive with high-quality models that appeal to new generations of fans.

Which Matchbox Cars Are Worth a Lot?

Despite Hot Wheels traditionally outselling Matchbox, the most valuable of these tiny cars seems fairly evenly split between the two brands. Let's see how much of your bank account you need to get the most valuable Matchbox cars.

There's only one of these. The story goes that one of six prototypes of the Quarry Truck survived and was kept at Matchbox headquarters out of sentimental value. Then it was sold to a collector in Japan in the 1980s.

It sold at auction again in 2010 to a collector in England for the above sum. Unless you stumble across one of the five that aren't supposed to exist anymore, you'll probably need more than $15k to get this one.

Lest you think $13k is a fluke, another example sold for $10,000. There were 27 variations of the Matchbox Magirus-Deutz Crane over its lifespan of five years, with slight differences in each. The $13,000 model in question was purchased at a garage sale for $10, then fetched the five-figure price at auction three years later.

In 2018, this car was valued at a little over $6,500, but the collector market has declared that value should be higher these days. The car can be frequently found in gold, but it's the uber-rare sea green version that is so coveted.

Matchbox's sea-green version was originally part of a rare set, and very few were sold. In fact, this suggested price is only an estimate--it could be much higher. The existing cars are in collections, and no one is letting go of them.

Now, here's an actual price from an actual auction. Matchbox collector Simon Hope's collection was so large that he had three separate auctions to clear them all out. This was the most valuable sale from the auctions and was probably the finest example of this rare specimen.

The trucks were supposed to be painted with yellow cabs and green beds but were originally released with green cabs and yellow beds. These "reverse color" wreckers are exceedingly rare, and one sold on eBay to an anonymous bidder for an eye-watering $8,500.

Vintage Matchbox cars can be worth more than actual, driveable cars. Might you have some valuable ones sitting in your attic?