Concept Cars That Made It to Production 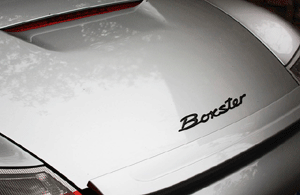 Usually, when a car manufacturer unveils a concept car, it's met with ooohs and aaahs, and then collectively, everyone realizes that it'll never make it into production. There are those rare times, however, when a concept car not only gets the green light and is sold to the public nearly untouched from its concept form.

Here, let's celebrate the times that's happened and (in at least one case) shake our heads.

While purists derided the show car and the eventual production model for "cheapening" the brand and introducing the "fried egg" headlights, it was vital in saving Porsche. The production version of the small, mid-engined sports car was nearly identical to the 1993 concept and proved that Porsche could make a more expensive Miata that people would actually want.

Without the Boxster, we would not have the Cayenne, the Cayman, or the Panamera, and you can decide whether that's a good thing or not. We also wouldn't have Porsche at all without this concept car, so say your thanks.

In 2009, Tesla unveiled the Model S show car. It was an electric vehicle that looked desirable. Then, they had the audacity to build the thing for customers in 2012. It had seriously cool tech, respectable range, and decently quickness.

The long-range model could go an unprecedented 265 miles, unbelievable for an electric. Then they got quicker. And quicker. And now, with the Plaid, you can carry three or four passengers in comfort to a quarter-mile in the nine-second range.

Off-road enthusiasts dreamed of a Jeep Wrangler competitor from Ford. Still, the numerous false starts of Bronco show cars stretched our patience thin, and everyone decided they'd get excited only if it ever actually went on sale.

Then it went on sale. Its numerous improvements over the competition (side-view mirrors that attach to the body, so they stay on even if you remove the doors… fancy that!) meant that the waiting list was deep. Also, people could get the car with a manual transmission, and it came with serious offroad chops.

The Bugatti Veyron exists solely because Ferdinand Piech really, really wanted it to. Bugatti had a rough road on its way to the Veyron, having gone defunct twice. Starting as a French manufacturer of gorgeous and fast race cars, founder Ettore Bugatti built unparalleled automobiles that are now among the most valuable in the world (The Type 57 Atlantic, the Royale, and more).

When Ettore Bugatti died, the company died with him. A revival in the mid-90s tried to restore the name with the Italian-built EB110. This attempt at bringing Bugatti back failed, and the brand lay dormant until Ferdinand Piech of Volkswagen purchased the name and vowed to create the world's greatest car.

After a round of show cars that proved they could make the world drool over the possibility, Bugatti's world-beating Veyron went on sale in 2005 for a staggering $1.7 million.

General Motors can't say it wasn't warned. When they unveiled the Aztek show car in 1999, it was met with confusion. Were people expected to like how it looked? But despite GM's better judgment, they went ahead and produced the thing, somehow making it even uglier in the process.

Subtle changes over time, like painting the bumpers the same color as the car instead of leaving them as cheap-looking black plastic, weren't enough to keep the Aztek from disappearing. At least it was in Breaking Bad, so there's that.

When concept cars are unveiled to the public, they're usually just to show off what a manufacturer is capable of. Sometimes, however, the plan was production all along.