The Brief History of Squatted Trucks 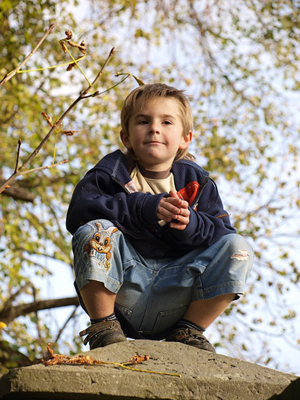 You may not believe it, but there's a reason for the lifted front end of a pick-up truck. If you've seen one, your first thought may be, "why?" Why would someone want a vehicle like that?

The trend is known as squatted trucks or the Carolina Squat. At first, the design was meant to enhance performance during desert racing. Today, it's mostly an attempt to stand out and gain attention. Surprisingly, thousands of people follow social media pages dedicated to these vehicles.

The squatted truck trend started in California and spread across the country. Members of the Baja Racing Circuit wanted to race better in the desert sand, so they raised the front of their trucks to improve landing after jumps. Their goal was to prevent nosedives that could damage the vehicle or injure the driver.

Truck modification culture led some automobile manufacturers to sell squat kits. Now any driver can modify their vehicle with a lift kit or suspension kit. However, if you're not into desert racing, there is no reason to alter your vehicle. The dangers and disadvantages are not worth the cost and effort.

Are Squatted Trucks Safe to Drive on Highways?

When squatted vehicles are used off-road at high speeds, they climb hills and make jumps better than standard trucks. However, on regular highways, the trucks pose several safety problems:

Headlights that Point Up

When a truck is squatted, the front headlights point toward the sky rather than on the road ahead. This misorientation means the driver can't see well while traveling at night. The lights also shine into the eyes of oncoming motorists, affecting their visibility.

Drivers traveling alongside one of these vehicles are affected when the headlights reflect in their rearview mirror. Obstructed views, such as those caused by these light problems, are a major cause of highway accidents.

Lifting the front end of a truck offsets the vehicle's balance. Drivers have to adjust their seats to accommodate the difference. As a result, they can't see over the steering wheel as well. The seating change also affects their ability to control the steering wheel or reach the brake pedal.

When the front is higher than the rear of a vehicle, it affects the suspension system. Shocks that are part of that system will wear out faster, causing a rough, jerky, and uncomfortable ride.

Body roll happens when suspension parts malfunction. The vehicle can veer from side to side when taking curves or turns. Towing at high speeds in squatted trucks will cause the vehicle or the trailer to sway. Doing this puts others on the highway at risk.

Modified vehicle laws vary from state to state. But, one thing they all agree on is that erratic driving is illegal regardless of the cause.

North Carolina has set a precedent, though. Governor Roy Cooper signed House Bill 692, effective December 1, 2021. After that date, squatted vehicle drivers are in violation of state law. They will face fines and lose their license for one year.

You may like the look of squatted trucks, but the consequences of driving one are serious. Fads like this are fun, but they rarely last long. Then what becomes of the squatted vehicles no one likes anymore?