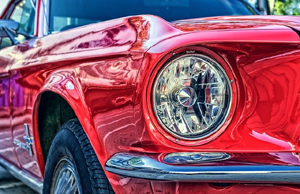 Cars and music: they're a perfect combination. Who doesn't enjoy driving with the windows down, music blasting away? The invention of car radios in the 1930s started the trend of associating music with driving, but it wasn't long before another trend appeared.

As vehicles became more attractive and efficient, they took on a distinct persona. Their owners took pride in them. People bragged about their cars at every opportunity, and they started writing songs about them.

Songs About Cars Everyone Loves

You will undoubtedly have your own favorites to add to this list, but here are some popular songs about cars and driving them.

This song is about a beloved 1932 Ford Model 18 coupe. The term deuce in the song refers to the year Ford made the car. The verses about "lake pipes, competition clutch, and four on the floor" refer to mechanical parts of the vehicle.

Another oldies song for car nerds. Chuck expresses how most of us feel about getting in the car with "no particular place to go."

This upbeat song is about a guy who buys his girlfriend a Ford Mustang. The gift backfired, though, because all she does now is drive the car.

A popular classic song that is great to listen to while driving. At one point during the song, Paul McCarney mimics the sound of a car horn.

One of the best songs about freedom of the open road. Springsteen invites a girl to come with him in his car to visit different places in the song. The lyrics evoke the sense of liberation one gets while driving.

In the 70s, this funky song described details about the car. He sings about the leather seats and steering wheel and how easy the car handles on the freeway. The lyrics are a metaphor for love.

This catchy tune is about a car that the owner modified to rest low to the ground. The singer describes how it feels to drive down every street of his neighborhood in the car.

A perfect song about the love of a car. It's about a classic Mercury vehicle. All the singer wants to do is make enough money to buy one for himself.

This one is about the future. Cars are outlawed. But, some people still have one that they keep hidden. The lyrics evoke sensations of driving with the wind in your hair and the smell of the car all around you.

Our love affair with cars and music is timeless. As long as there are musicians and cars, we will be driving and listening. Now, it's time to grab your keys, hop in your car, crank up the music, and go for a drive.