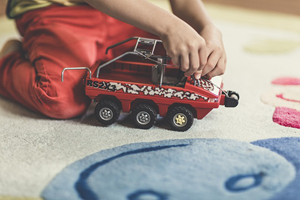 Originally designed for military application, amphibious vehicles have become increasingly popular among recreation and car enthusiasts. With a growing market, it's conceivable that we'll be seeing more and more of these unique cars in the years ahead.

In this post, we'll trace the history and recent advancements of amphibious vehicles, which could very easily become the next trend in automobiles.

A Brief History of the Amphibious Car

Amphibious vehicles are designed for use on land as well as on water. While they were originally created for military use, they very quickly became popular on the civilian market.

During the Second World War, the United States developed two different amphibious crafts: the LVT and the "duck." The LVT used tracks like a tank, while the "duck" used rubber tires. These vehicles proved invaluable in island-hopping around the Pacific theater.

Launched in 1961, the German Amphicar was the first attempt to market an amphibious car to the general public. Even President Lyndon Johnson owned one. The Amphicar spawned a few copycats over the years, but the amphibious car remained something of a novelty.

Catching the Wave of the Future

It wasn't until 2006 that the United States produced the Hydra Spider, the first amphibious vehicle in America. In 2009, we saw the release of the Aquada, which debuted at a price of $85,000. The car is capable of reaching 110 mph on land and 30 mph on water.

Today, amphibious cars are primarily advertised for recreational enthusiasts, and even these tend to be reserved for the wealthier elite. The " target="_blank">"Water Car Panther," for example, looks like a rugged jeep, yet costs well over $100,000 for just the basic package.

These vehicles join the family of other sport craft, including jet skis and powered boats popular at the beach or lake.

In some cases, the features of amphibious cars make them difficult to license or register for street usage, but as technology improves, these vehicles are becoming more accessible to the commercial market.

Will Amphibious Vehicles Make a Splash in Your Neighborhood?

It might be helpful to remember that a "sport utility vehicle" was something of a novelty. David Brooks, a columnist from The New York Times once pointed out that the SUV illustrated the curious merging of "sport" and "work." Yet today, these vehicles are everywhere.

Could we be witnessing something similar happening for the amphibious car? Sure, even the cheaper models remain out of reach for the average car owner, but in years to come, we might expect to see technology improve and for affordable options to emerge.

This could also be a boon to the insurance industry as well as automotive service providers, as these unique cars will certainly warrant specialized service and care.

A product of the U.S. military, amphibious vehicles have now become popular among recreational enthusiasts. In the years to come, we may see these vehicles become more affordable and more popular.