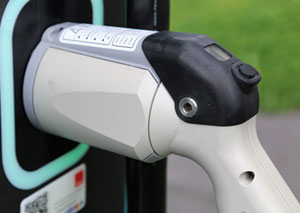 Electric vehicles (EVs) have become the main topic of conversation in the automotive world. While the big companies are speeding ahead to fill the roads with EVs, a new company has emerged with a different idea: To take down Tesla.

Tesla has grown to become synonymous with EVs and they've done wonders to popularize the concept. Lucid, however, is a startup that aims to directly compete with Tesla over the luxury EV market.

What is Lucid? What do we know about them? What kind of cars are they making? How do they plan to take on Tesla and other automakers?

Today, we're going to explore everything we know about Lucid so far. We'll go over some background information, discuss what they're currently working on, and touch on some of their plans for the future.

Lucid began its life in 2007 as a battery company, although it was known as Atieva at the time. Lucid was created by former Oracle and Tesla executives, who brought plenty of big-name executives and engineers along with them. In fact, the CTO Peter Rawlinson led engineering for the Model S at Tesla.

The goal of the company was to manufacture batteries so that they could supply other companies with batteries for their EVs. While the company may have started with plans to make batteries, those plans have expanded quite significantly. They are now aiming to build a new factory in Arizona to produce a prototype known as the Lucid Air.

What is the Lucid Air?

The Lucid Air is a 1,000-horsepower, battery-powered, 517 mile-per-charge car that will cost approximately $85,000 on average once it's in production. Special-edition vehicles will be produced that will run for $160,000, with base models starting at $65,000. Once features are added, the average price is expected to be $85,000.

The Lucid Air is expected to hit the market in the second half of 2021 and expectations are high. It has a greater range than anything else on the market. It's also been touted as the most aerodynamic production car, which is useful in reducing drag and increasing fuel efficiency.

The Lucid Air aims to be the final word on luxury EVs. The company is aiming to decimate Tesla's hold on the market and we're excited to see whether they can do it. Their game plan is to produce superior technology and hope that the automotive world recognizes what they've created.

What's Up Next for Lucid?

In the long term, Lucid aims to advance the technology necessary for sustainability in the automotive world. While that might just be an altruistic goal to generate good PR, we'd love to see what they create to achieve their goal.

In more practical steps, Lucid aims to develop a luxury EV SUV called Gravity. Not much information has been released about this new vehicle yet. After that, Lucid aims to create a more affordable model to widen the market.

We'll be watching Lucid closely as they enter the automotive world and give Tesla a run for their money. Either way, competition tends to bring out the best innovation possible, so we're excited to see the race.