The Difference Between Horsepower and Torque 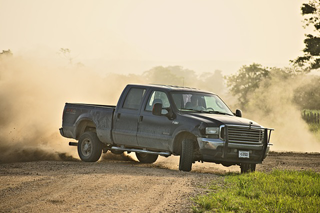 Horsepower and torque are both related to a vehicle's engine, but not enough people know the difference between these two terms. They're included in every vehicle's specification sheet, they're always mentioned in vehicle reviews, and they're often highlighted in ads, too. But what do these terms actually mean?

Put in its simplest terms, torque is a measurement of force multiplied by distance. It's the reason why the same amount of strength will generate more torque when a wrench is longer. When it's applied to vehicles, it's specifically referring to the motor applying force to the crankshaft, resulting in the spin of your tires.

Horsepower is a specific unit of measurement that's best described as the rate at which work is being done by an engine. Take note that this applies to all engines, not just to internal combustion engines. As such, the horsepower rating of your vehicle will describe how quickly that work can be done.

What's the Functional Difference Between the Two?

They might sound pretty similar, so let's elaborate on the difference between these two terms. Torque and horsepower have a direct relationship with each other. Torque describes the force, while horsepower describes the rate of that force.

Acceleration is how long it takes your vehicle to speed up, like in the classic 0-60 MPH metric associated with many higher-performance vehicles. Acceleration is a function of both torque and horsepower.

Speed can be best described as the rate at which a vehicle can operate, also known as a speed range. While both torque and horsepower come into play here, too, speed is more closely related to horsepower.

The Different Types of Torque Notations

Torque is referred to in three distinct ways. It's important to keep these different notations in mind when you're looking through spec sheets of various vehicles. You can't just look at who has the highest number; instead, you need to keep notation in mind. Let's examine each of these notations:

This notation describes the amount of force that's applied to the tires as the wheels grip the pavement.

Fortunately, this notation describes the same thing as pound-feet; it's the British version, though, so you may see it from certain automakers.

Quite simply, this is the metric equivalent of torque measurement. One foot-pound equals 0.7475 NM.

Keep These Differences in Mind

The next time you're looking over a vehicle's spec sheet, you'll now be able to differentiate between torque and horsepower. They are two related specs, but they describe entirely different functions.