The Tucker 48: A Car Ahead of Its Time 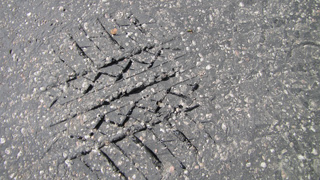 If you have one, you could sell it for at least a million dollars. After all, only 51 were ever produced. With its innovative features and unique design, it is considered a landmark in the automobiles' evolution, even if it never reached mass production. We're talking about the Tucker 48, an extremely rare vehicle that was way ahead of its time.

A Unique Car for a New World

World War II had just ended, and the U.S. was ready for new cars. The Big Three automakers, however, hadn't produced any new vehicle models since 1941, having switched their focus to helping with the war effort.

Small companies stepped in to fill the gap. Preston Tucker was one of those fearless entrepreneurs who decided to give the American people what they wanted: the car of the future. He created the Tucker 48, which featured a host of innovations, both in safety and design, that were new to the United States, such as:

You might not notice all of these features on every Tucker 48 out there. That's because every new car produced had slight changes from the car made before it. Essentially, every Tucker 48 is a prototype.

A Promising Car with a Business That Never Started Up

While the car's design and engineering had some issues, it was ultimately an extremely promising vehicle. However, Preston Tucker made a crucial business error that led to being investigated by the U.S. Securities and Exchange Commission. Even though the charges were dismissed, the damage was done; the Tucker 48 was never mass-produced.

With innovations in safety features and overall design, the Tucker 48 was well ahead of its time. Unfortunately, a questionable investigation destroyed the company before it was able to officially launch the vehicle.