What Ever Happened to Hood Ornaments? 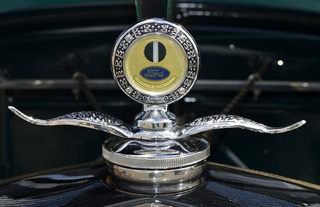 Cars have always had indicators of make and model, often in the form of symbolic ornamentation or make/model names applied in chrome to grills, trunks, and even side panels. Until recently, another common form of identification through ornamentation was the hood ornament, a protruding piece of artwork and branding that sat prominently, front and center, on the hood, like a masthead for the motorized masses.

Some, like the Mercedes-Benz 3-pointed star or Buick's 3-shield design, were merely for branding prestige. Others were true expressions of artistry, from the iconic Rolls-Royce "Spirit of Ecstasy," to the archer on a Pierce Arrow, to Jaguar's ubiquitous leaping cat. While a handful of luxury brands continue to offer this decorative feature, many modern cars have long eschewed the hood ornament once found on every automobile. So, what happened to the hood ornament?

From Practical to Prestige Item

The first hood ornaments were simply a means of decorating an essential component—the radiator cap situated on the hood of the vehicle. Early versions, called Moto Meters, featured a built-in thermometer used to measure temperature of coolant and determine if the engine was overheating. It wasn't long before manufacturers started adding branding to these highly visible components.

Dash-mounted temperature gauges eventually replaced hood-mounted Moto Meters, and the radiator cap became an internal part, but the ornaments remained, growing ever more ostentatious. It's not hard to see why—this prominent adornment became a moving advertisement and a symbol of prestige that only grew as the practical need disappeared.

Large, detailed hood ornaments grew in popularity throughout the '40s and '50s, and an unexpected result of the increasing size and scope of hood ornaments was that they posed a significant safety hazard, especially to pedestrians struck by automobiles. All you have to do is glance at Mercury's spear-like hood ornament or the Chevy Bel Air's bird to imagine the puncture damage one could do if it rammed into a person.

It's no surprise, then, that by the 1970s and '80s, there were an increasing number of safety regulations related to the design of hood ornaments. As a result, many companies began to downsize or simply do away with hood ornaments. This, in turn, led to increasing in theft of remaining hood ornaments, which became a rare commodity, further reducing the number of manufacturers willing to include them in designs.

Hood ornaments may have started as practical add-ons to automobiles, but they quickly became a means of showing brand prestige, to the point that they became a physical hazard. With safety regulations and theft all but eliminating the hood ornament from modern car production, the best place to find these marvelous ornaments today is in vintage car museums.